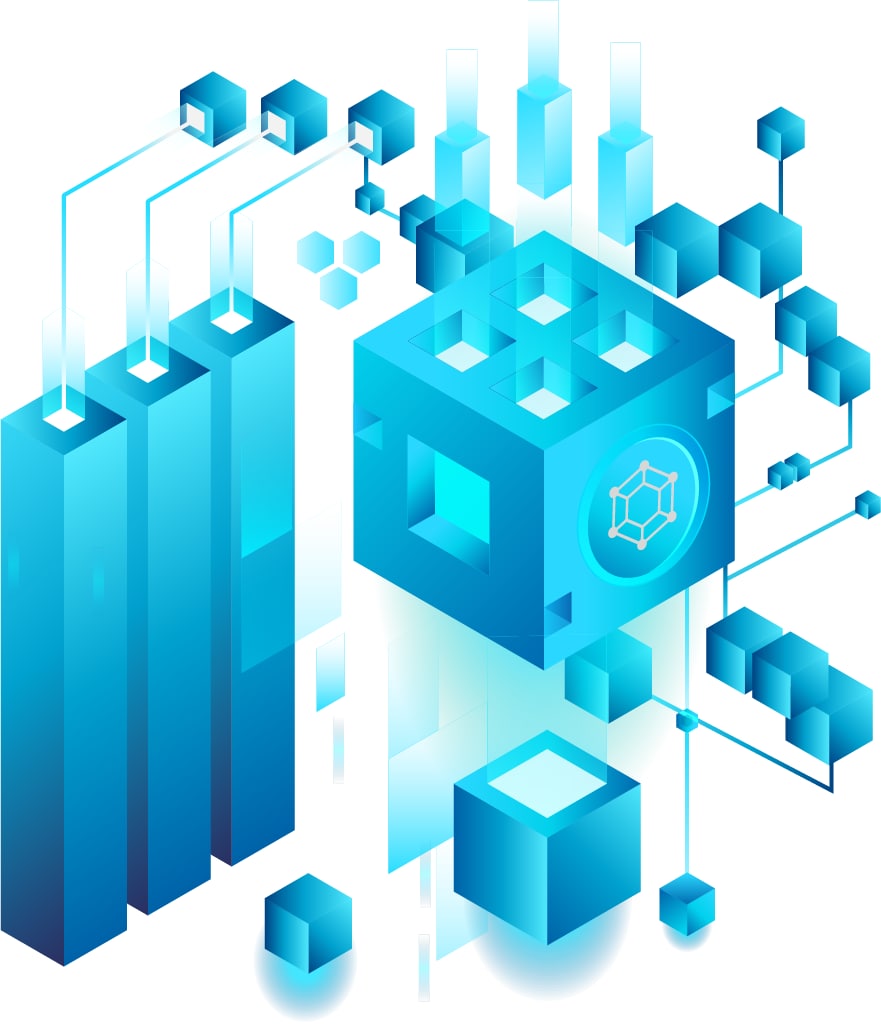 Hora OS is built on the basis of Blockchain technology, called Hora Chain. Hora Chain is a source code built on OpenEthereum to store and transfer computing resources, data, information of stakeholders including users, suppliers, validators.
Hora Chain owns all the features of a blockchain. A blockchain is a type of database. A database is a collection of information that is stored electronically on a computer system. Information, or data, in databases is typically structured in table format to allow for easier searching and filtering for specific information. Large databases achieve this by housing data on servers that are made of powerful computers.
Hora Chain collects information together in groups, also known as blocks, that hold sets of information. Blocks have certain storage capacities and, when filled, are chained onto the previously filled block, forming a chain of data known as the “blockchain.” All new information that follows that freshly added block is compiled into a newly formed block that will then also be added to the chain once filled.
Hora Chain structures its data into chunks (blocks) that are chained together. This makes it so that all blockchains are databases but not all databases are blockchains. This system also inherently makes an irreversible timeline of data when implemented in a decentralized nature. When a block is filled it is set in stone and becomes a part of this timeline. Each block in the chain is given an exact timestamp when it is added to the chain.
In Hora Chain, each node has a full record of the data that has been stored on the blockchain since its inception. If one node has an error in its data it can use the thousands of other nodes as a reference point to correct itself. This way, no one node within the network can alter information held within it. Because of this, the history of transactions in each block that make up Hora Chain's blockchain is irreversible.
Because of the decentralized nature of Hora Chain, all transactions can be transparently viewed by either having a personal node or by using blockchain explorers that allow anyone to see transactions occurring live. Each node has its own copy of the chain that gets updated as fresh blocks are confirmed and added. This means that if you wanted to, you could track Hora Chain wherever it goes.
Hora Chain technology accounts for the issues of security and trust in several ways. First, new blocks are always stored linearly and chronologically. That is, they are always added to the “end” of the blockchain.
After a block has been added to the end of the blockchain, it is very difficult to go back and alter the contents of the block unless the majority reached a consensus to do so. That’s because each block contains its own hash, along with the hash of the block before it, as well as the previously mentioned time stamp. Hash codes are created by a math function that turns digital information into a string of numbers and letters. If that information is edited in any way, the hash code changes as well.